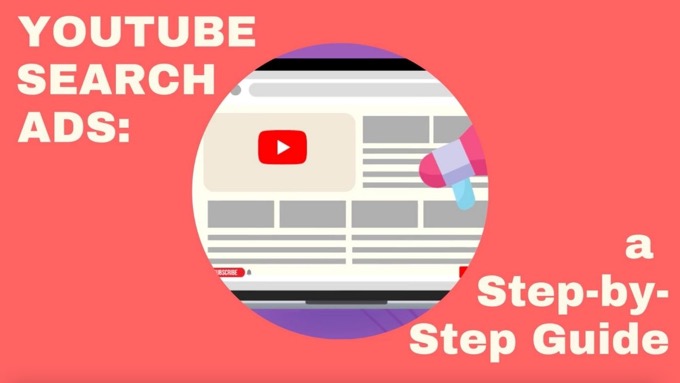 Video is of course one of the web’s most engaging types of content, and running advertisements in the form of a video can be very powerful.

As we all know, YouTube is one of the primary destinations for video content. It’s the second most visited website in the world (with Google at #1), with people watching over a billion hours of video every day.

And Google monetizes all that traffic with advertising. In 2021, nearly $30 billion was spent on running ads on YouTube, including on their search engine, which is technically the second biggest in the world.

So how exactly do you start running ads on YouTube Search?

That’s what this post details, giving you a 7-step guide to get you up and running quickly with YouTube Search Ads.

In 2021, businesses spent nearly $30 billion running ads on #YouTube, including on YouTube's search engine, technically the second biggest in the world.Click To Tweet
Contents

How Do You Create a YouTube Search Ad Campaign?

4. Select a Campaign Type and Subtype

They consist of an image thumbnail and up to two lines of text, depending on where the ad appears. A viewer is taken to the watch page for the ad when they interact with the thumbnail. 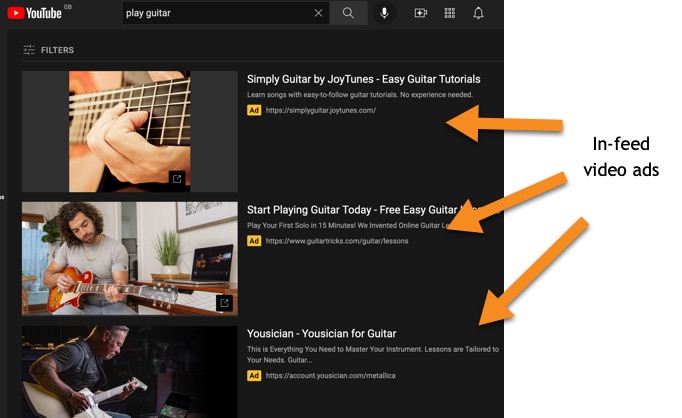 Search ads are billed in a similar way to other types of Google Ad, but depending on the selected objective and subtype for the campaign (see below), you may also have the option to be billed on a cost-per-view, or CPV, basis.

This means you only pay when someone does one or more of the following:

Effectively, you’re only paying for engagements from people who definitely have some interest in that content, which is similar to how PPC on Google Search works, rather than a CPM model where you’re paying based on the overall reach of the ad.

Note that when counting views of your video ad, Google does not count views from viewers using the YouTube app who have “Playback in feeds” turned on. This means your video ad might start playing automatically, but for these users you are only charged if the viewer actually clicks on the thumbnail or title of the ad and visits the watch page on YouTube to start watching it.

So if the Maximum CPV option is selected as your bid strategy, you’ll enter the most you are prepared to pay on a CPV basis (e.g. $0.50).

Because of the nature of the auction process, what you actually pay for a video ‘view’ (including other interactions as outlined above) is often less than your maximum CPV bid, and is based on what other advertisers are bidding, as well as your Quality Score and Ad Rank, explained as follows.

For YouTube's search ads, you might pay based on CPV (cost-per-view), where a 'view' is someone watching for 30+ seconds or otherwise engaging with it. #digitalmarketingClick To Tweet

If you’re familiar with using Google Ads for Google Search or their display network, you’ll likely know all about Quality Score, and it’s the same concept for YouTube search ads.

Essentially, using a score of 1 to 10, it measures the relevancy of your ad to a YouTube user, which they determine using various metrics as your ad starts running, including:

A higher Quality Score indicates to Google that your ad has a higher level of relevancy, and therefore provides a better experience to YouTube users. In turn, you’ll be rewarded by paying less for your ads, as well as often a higher ranking position (your Ad Rank, as detailed below).

In other words, it means you get more clicks and at a lower cost.

Want to get more clicks for your search ads on #YouTube, and at lower cost? Improve your ad's relevancy, as measured by your Quality Score.Click To Tweet

If you want a higher ranking position for your ad within YouTube’s search results, you’ll generally need to bid more to get it.

As you can probably tell, the calculation of the actual Ad Rank your ad achieves gets kinda complex!

But the most important thing to remember is that the higher the quality of your ad overall, the higher Ad Rank you are likely to achieve.

How Do You Create a YouTube Search Ad Campaign?

YouTube search ads are all run through Google Ads rather than on YouTube, alongside other types of Google advertising such as PPC search ads and ads on their display network.

So start by signing into your account at ads.google.com.

You’ll be asked to choose the objective for your campaign—to be able to run search ads on YouTube, you’ll need to select from one of the following:

If you choose one of the other objectives, you won’t then be able to choose Video as your campaign type.

4. Select a Campaign Type and Subtype

Choose Video as your campaign type. 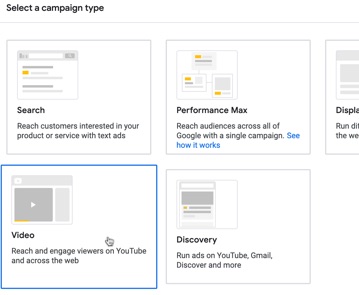 You’ll then see one or more subtypes underneath. Certain objectives—sales, leads, or website traffic—only have the Drive conversions subtype selected by default, whereas the other two both have a couple of subtypes for you to then choose from:

Click Continue to start setting up the rest of your campaign.

If you’re familiar with setting up other types of Google Ads, you’ll find this looks very similar, other than potentially seeing the Maximum CPV as a bid strategy.

Note that your video ads will show within the YouTube search results as well as potentially other parts of Google’s network by default, depending on the selected objective and campaign subtype.

Adjust the various settings as required—such as your budget, the dates for your campaign, and the geographical locations you want to target—and move onto creating your ad group.

Your ad group is where you define who you want your video ad to target in more detail. 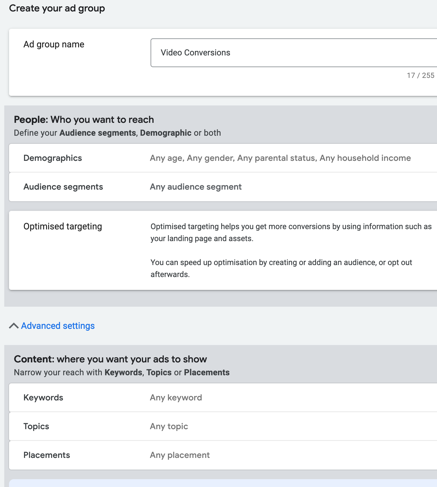 So, as shown above, this includes:

Then start creating your video ads as follows.

Get started by searching for a video you want to use on YouTube or pasting in the relevant URL.

Then fill in the rest of the information required including: 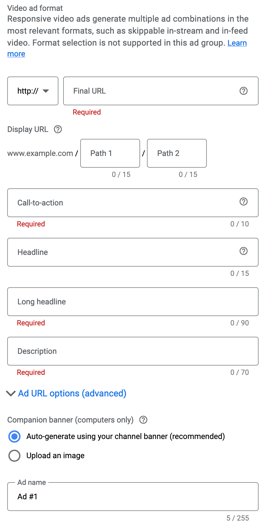 Once done, it’s usually best to add a second ad to test against the first. For example, you might want to test a different headline, and try to outperform the original one. 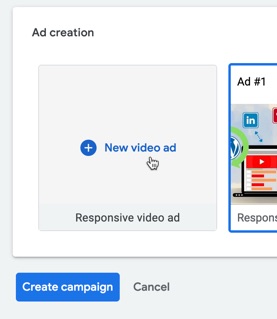 Constantly test different aspects of your ad in this way, and you’ll dramatically improve the initial performance.

Once done, click Create campaign to start running the ads.

When running #video ads on YouTube, always add a second ad to test against the first. Constant testing will dramatically improve your campaign's performance.Click To Tweet

Use the 7 steps above to create your own YouTube Search Ads campaign, getting you in front of YouTube’s large and highly engaged audience.

As you start to run your ads, optimize them by testing different approaches and adjusting them as needed based on what the data is telling you. 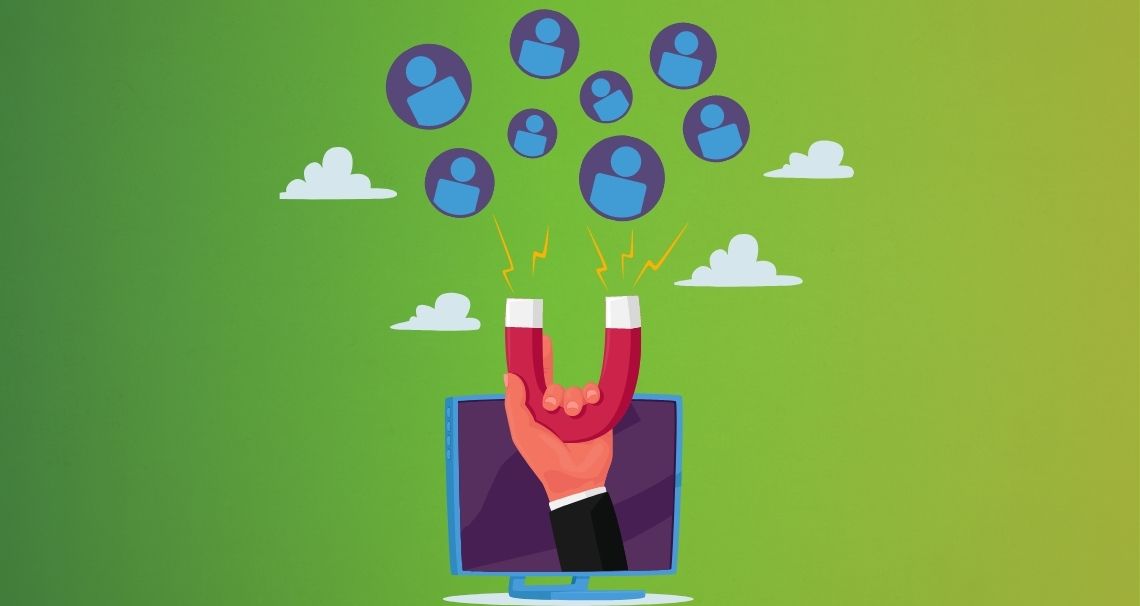 What lead magnet tools are available that help you create and promote lead magnets, and improve your lead acquisition activities? A ‘lead magnet’ is a valuable asset for your business, enabling you to attract leads efficiently by offering something of value in exchange for their email address. This post looks at 7 top lead magnet tools that help you drive more leads and generate higher conversions... 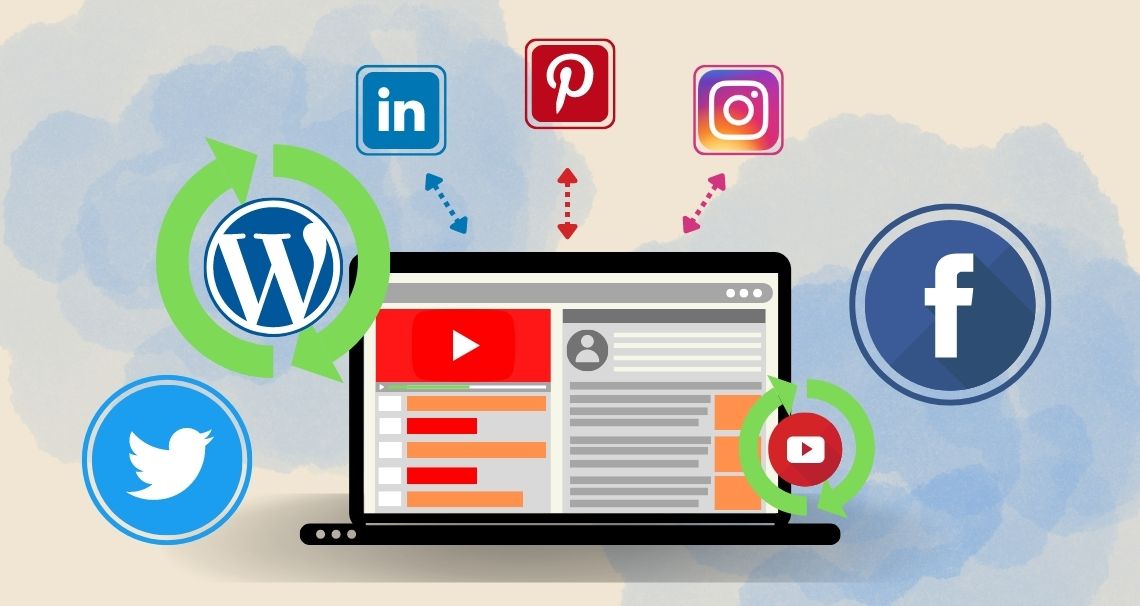 Explore these 21 different and creative ways to repurpose content for social media, including some you may not have thought or known about before. The fact is that it’s tough to attract much engagement for the standard link post. As you’ll discover, many other types of social content attract far higher levels of engagement, and your content elsewhere can be easily repurposed into it…