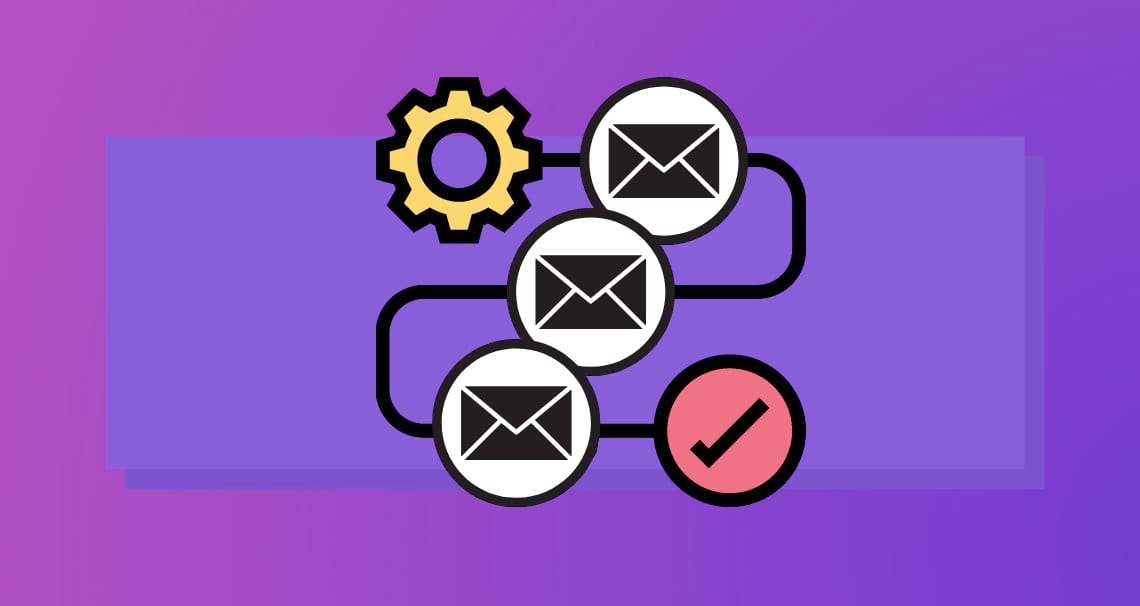 According to a recent report from AWeber, only two-thirds of the businesses surveyed are using email marketing to “promote their businesses or communicate with leads and/or customers”.

In other words, a third of businesses are missing out completely.

The truth is that email is one of the most profitable marketing channels out there, delivering an astonishing 4,200% return on investment. In other words, for every $1 you spend on email marketing, you get $42 back.

But if you’re not using email marketing yet, don’t beat yourself up too much. You have a golden opportunity right in front of you.

Whether you’re new to email marketing or already using it, having drip campaign emails sent out automatically, whether to new prospects, existing customers, or to previous customers encouraging them to return, is invaluable.

In this post, we’re going to look at what a drip campaign is, and how to create an effective email nurture sequence for your business.

What Is a Drip Campaign?

How to Create Your Own Email Nurture Sequence That Works

5. Add to Your Email Campaign Service

What Is a Drip Campaign?

A drip campaign—or email nurture sequence—is any marketing campaign where the prospect gets messages ‘dripped’ out to them over time in a set sequence.

So when they first sign up, they might get an initial message immediately, the next one on the following day, another a couple days later… you get the idea. 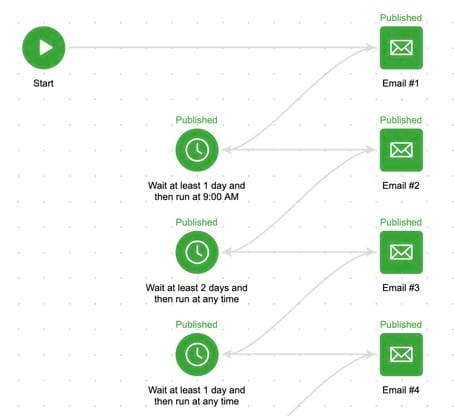 More often than not, if someone’s talking about a ‘drip campaign’, they’re referring to emails, and that’s what we’re focusing on here.

But the term can apply to other outbound media too, including:

Unlike say direct mail, the advantage of email is the level of automation that can be achieved with a drip campaign.

(You might also hear it referred to as an autoresponder campaign—in other words, an email campaign that automatically responds with a sequence of messages after someone’s signed up).

And yes, setting up a new campaign can take some time (over the years, I’ve set up hundreds!)

But once done, each new subscriber to the campaign will get the same sequence of messages in the same order, based on when they first signed up.

Depending on the capabilities of your email campaign service, you can delay the next message in a sequence by days, hours, even minutes! 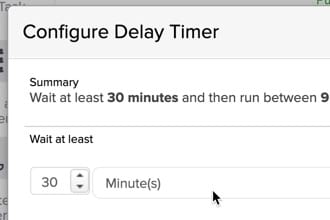 The number of messages in a sequence is completely up to you. We’ll look at different options soon, depending on your goals.

“...there are only three ways to increase your business:

A 25 percent increase in these categories nearly doubles your income…”

—Jay Abraham, Getting Everything You Can Out of All You’ve Got

The broad goal of a drip campaign is likely to be one of three main options as follows, each of which are vital revenue drivers for a business…

This is designed to build the relationship with new prospects on your list, so they start to feel a sense of familiarity with you.

Done right, through repeated communications, they’ll come to know, like and trust you.

The overall aim is to move a prospect from someone who knows little or nothing about you, to becoming a customer by making a purchase of some kind (see #1 on Jay Abraham’s list above).

Once someone has become a customer, you want to maintain that relationship for as long as possible so they continue to purchase from you.

In other words, the goal is to maximize the value of that customer to your business, and thereby help achieve #3 on Jay Abraham’s list above.

Building LCV (sometimes referred to as CLV, CLTV or LTV!) has a huge knock-on effect on the rest of your business and become a significant catalyst for growth.

With each customer worth more, you can spend more to acquire them.

“He who can spend the most to acquire a customer, wins.” 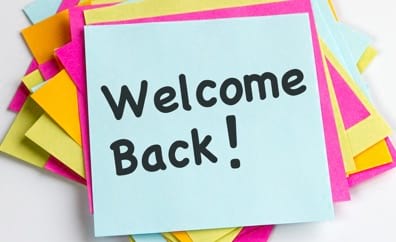 For multiple reasons, customers at some point stop buying from a business.

But that doesn’t mean they stop buying forever.

They often simply need to be encouraged back into the fold.

Speaking personally, I’ve often returned to businesses after sometimes years of absence simply because they sent me drip campaign emails encouraging me to do so.

It’s far easier, not to mention cheaper, to reactivate an old customer than to convert a cold prospect—yet the majority of businesses make no attempt to do so.

Once you’ve decided on the broad goal of your campaign (and we’ll look at getting more specific shortly), there are various types of emails you can send out in it. Here are just a few ideas:

(By the way, if you’re looking for really good subject lines for some of the above ideas that help get your emails opened, check out this post)...

How to Create Your Own Email Nurture Sequence That Works

“If you don’t know where you are going, you’ll end up someplace else.”

Once you’ve planned them out, you can start to craft your messages, and finally add them to the drip campaign.

Here are the five steps you need:

Take a look at the list of drip campaign goals in the section above.

The broader goal for your campaign is likely to be one of these, so determine yours and write it down—doing so helps you focus.

Now drill down into that broader goal.

What is it more specifically that you want to achieve? This is where you get really specific for your own business.

This might involve making a specific offer right from the start, or gently nurturing the prospect by supplying information that helps you to make an offer further down the line.

Here are some possibilities: 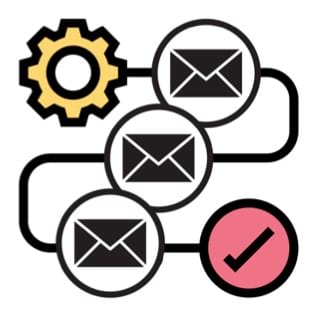 Now start planning out what each email in your sequence is going to look like.

A. How many messages do you want to send out?

If it’s to existing customers, and you’re running a drip campaign for a limited time offer, you may only want a handful, spread out over a few days until the offer closes.

But if it’s to build a relationship with new prospects, you likely want a lot more.

After all, studies have shown that prospects need to hear or see your message at least 7 times before they’re likely to take any action.

Because they’re unlikely to open every email you send, you need a lot more than 7 emails to achieve that (one of my sequences has 52!).

B. How will your messages be spaced out?

For a new prospect, sending out a message just once a week is unlikely to be enough to build familiarity.

At least twice a week is recommended, and probably more than that—with the sheer volume of emails, prospects are liable to forget about you remarkably quickly.

And many businesses experience a significant lift in revenue and other metrics when they start sending out daily emails, even if they start out initially a little reticent about doing so.

As a general rule, most businesses don’t send out anywhere near enough emails.

C. Draw up a rough outline of what’s in each email.

Before you start writing emails, you want a rough plan of what each one is going to say, so that you have a sequence that helps achieve your marketing goals.

So, using say a spreadsheet where you can move the rows up and down (a Google Spreadsheet works great!), write a sentence or two about each email providing a rough outline as to the content and what you want to say. 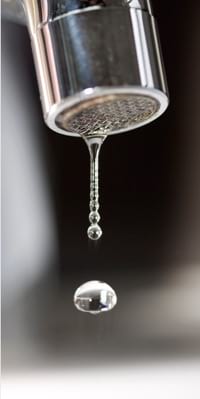 Yes, this is where the work really begins.

Remember, what you’re really creating here is a long-term asset for your business.

A drip campaign or email nurture sequence can run profitably for years with only the odd adjustment.

So it’s worth taking the time to do them well, or employing a copywriter to help.

It’s best to write as many of them as you can in one sitting.

That way, you get into a certain flow, and the emails tend to be higher quality.

Write them first in say Word or in a Google Doc (I always use the latter) so you can easily go back and forth between emails adjusting them and refining your messaging as you go.

Use subject lines that are going to entice your subscribers to open your email (here are some other ways to increase open rates).

Then, and this is important, leave them alone.

After a couple days, run through them again and polish them up—you’ll be surprised how much you can refine and improve them by coming back to them with fresh eyes.

This can make all the difference in making your campaign really effective.

5. Add to Your Email Campaign Service

The way you set up your drip campaign or email sequence will depend on the email campaign service you use. 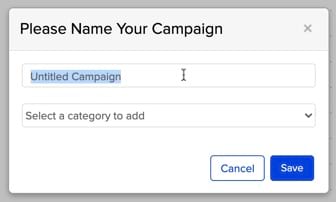 But, broadly speaking, setting up your email campaign will look something like this:

b. Click to add a new email to the campaign.

d. Repeat (b) and (c), specifying the delay from the previous email.

e. Specifying something that means someone starts getting the drip campaign emails, such as a web form, or maybe a particular tag added to their contact information.

f. Optionally specifying some kind of trigger or goal that means someone drops out of the campaign—for example, they’ve bought something, so no longer need to receive further emails.

In this post, we’ve looked at how to set up drip campaign emails, whether your goal is to convert prospects into customers, build lifetime value by encouraging repeat purchases, or reactivate lost customers.

Whatever your goal, creating an effective email nurture sequence that drives recipients towards taking a specific action can be an immensely powerful profit driver for your business, and an asset that keeps on delivering for years. 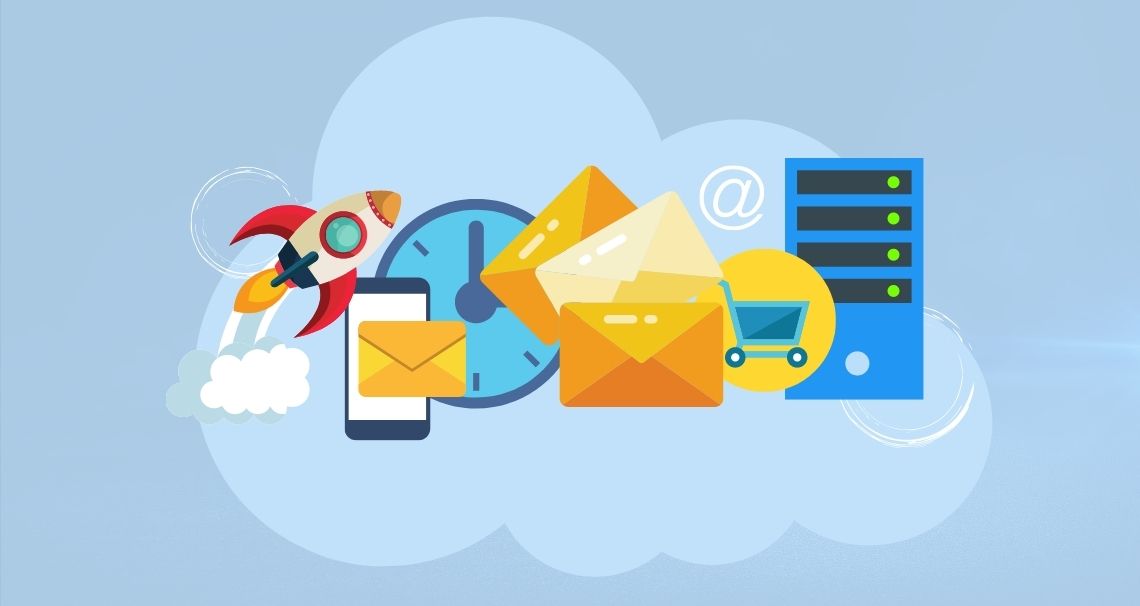 The Best Email Campaign Services for Your Small Business 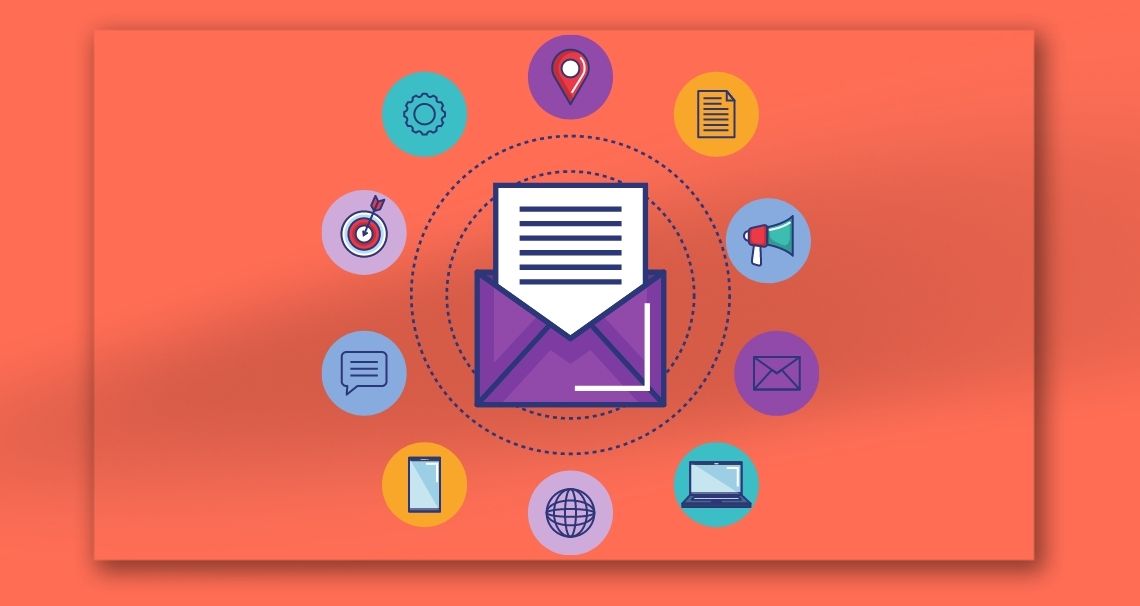 With email marketing delivering a reported 4,200% return on investment, it’s essential to keep track of important email KPIs so you know exactly how your own email marketing activities are performing. This post details the 7 top email KPI metrics to track, including the exact calculation you need for each one.